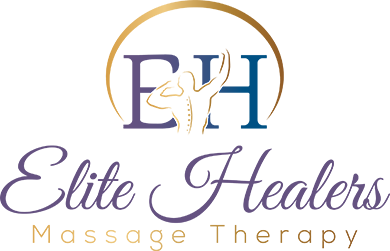 What is Thai Massage?

Thai Massage is an ancient healing art that is considered to be both a medical and spiritual healing modality.  The history of this practice is founded in ancient Thailand (also known as Siam). It formed based on a combination of influences from traditional Chinese medicine, Ayurvedic medicine from India and Buddhist traditions well over 2,500 years ago.

In Thailand, Thai Massage is viewed to be energy work therapy along with bodywork therapy. Thai yoga looks at the entire individual on a macro-scale, believing that all issues of the body, mind, and spirit are closely interrelated.  An imbalance in one area can lead to imbalances in other aspects of the body, mind or spirit.

A Thai massage is different from a traditional Western massage in that it features yoga-like stretching with a partner, and the use of acupressure.  The use of both the stretches and the points are integral to Thai Massage and are considered to have great healing effects on the body’s energy, also known as Qi, Prana, or Lom.

A good way to describe the stretches done in Thai massage is to call it the ‘lazy person’s yoga’.  The lazy person’s yoga is a term used because Thai Massage allows the receiver to relax and let the practitioner take them through various postures and poses.  These assisted stretches allow an experienced Thai practitioner to stretch all the major muscle groups along with providing them a massage.

Thai Massage Therapy should be a relaxed, rhythmical, & moderately paced feeling affecting both the energy of the mind as well as the vitality of the body.

How do I prepare for a Thai Massage?

Preparation for a Thai Massage is wonderfully simple.  All you need to do is wear loose comfortable clothing to your appointment.  When you arrive, you must remove your shoes/sneakers before getting on the mat.

A Thai massage experience at Elite Healers means we will have the mat ready for you, a fresh sheet covering the mat, a pillow or two if you wish to use it and some mellow music to help you relax during treatment.

*Is Thai Massage safe for me?

Thai Massage can be varied to accommodate the specific needs of an individual. Aside from medical conditions that would prevent you from receiving any type massage Thai Massage can be adjusted for age, body sensitivity, fitness level or more.

*I don’t like laying on a mat near the floor, can I receive Thai massage on a table?

*I’ve heard that the Thai Massage practitioner will use their feet and walk on you during the treatment, will they do that to me if I don’t want it?

Back walking in Thai massage therapy may occur but doesn’t happen in every session. This is usually determined by two things (1) If the practitioner has the knowledge, confidence and finds it appropriate to the treatment. (2) If the person receiving finds it comfortable. While we can’t guarantee what happens outside of our clinic, this is what should happen with any licensed therapist and the standard we stick to at Elite Healers.

*Do you have to have certain spiritual/religious beliefs to receive Thai massage?

You can be from any religion to receive a Thai massage. The ethics of Thai massage come from the concept of the Five Precepts in Buddhism. The five precepts help the practitioner to avoid creating bad karma and emphasizes humility, honesty, and compassion.